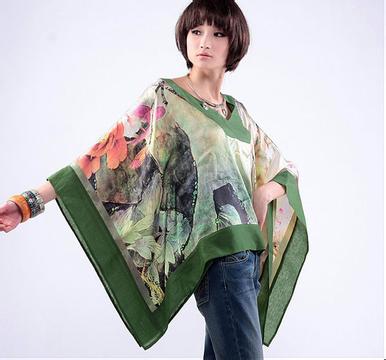 The first part: There are four major problems faced by the Chinese garment industry at present and in the future. One is that the overall production capacity is surplus, and the total supply is greater than the total demand.

Clothing companies have low barriers to entry, low investment, and fast overall supply chain construction. As a result, they can scale up in a short period of time. Over the past decade or so, there has been a clear overcapacity, and with the increase in consumption levels, the apparel industry is fast. Development, the total supply of apparel products has far exceeded the total demand. Since the apparel market generally adopts the ** model, there is a period of lag in the overcapacity, which has already presented a serious situation.

Second, competition for homogenized products is very serious and profitability has been severely declining.

After more than 30 years of development in product design, production, sales, branding, and operation, apparel companies have already matured their overall processes, talents, and resources. Therefore, brand replication is quite easy. Homogeneous products of similar brands crowd out the market. Competition from the Blue Ocean quickly entered the Red Sea, prompting a serious decline in the profitability of garment companies.

Third, the slowdown in market demand growth has slowed the pace of corporate development.

As Chinaâ€™s economic growth model undergoes structural adjustments to address the overcapacity of the economy as a whole, the economic growth rate is gradually reduced, affecting the growth of peopleâ€™s income, which has a certain impact on the apparel consumer market, slowing the growth of consumer demand in the market, and the rapid development of apparel enterprises. slow down.

The â€œorder systemâ€ model that apparel companies have long promoted predicts market demand, not actual consumer demand. There is no effective mechanism for understanding and satisfying consumers. Therefore, it is not possible to achieve sales-oriented and market-oriented, but rather With the demand of distributors as the direction, the consumption of the terminal vip consumers has been decreasing year by year, and a large number of inventory products have been formed at the outlets.

Second, it is the top and bottom ends of the value chain of apparel companies that failed to achieve a win-win situation.

In the development process of garment enterprises, the profitability of brand owners is fully guaranteed, but the sales terminal dealers in the market are affected by the factors such as rent, store employee, product inventory, and the increase in production costs of suppliers and production plants. In the absence of an increase in the total supply volume, the total profit level has been declining, and even a loss-making operation has occurred. As a result, the bottom line of the company's value chain has failed to achieve a win-win situation, which seriously affects the sustainable profitability of the company.

Third, it is the lack of innovation in apparel companies. Their own profitability is constantly declining and they lose their competitiveness.

In recent years, the cost of manpower, taxes, raw materials, etc. of apparel companies has been rising, the overall level of innovation has not been sufficient, and sales have not risen significantly, and their own profit levels have also been declining and they have lost their competitiveness.

Fourth, the integration of garment companies did not find a clear direction.

In the case of a blocked market, there is no effort to identify points, and there is no clear understanding of the companyâ€™s own problems. It has invested a lot of money in retail management to strengthen management and training. It has not clearly realized that corporate integration is a new position in the market. New plans, new product designs, new supply chain innovations, new channels of integration, and new adjustments to retail sales will be integrated.

The third part: Which 50% of the companies will be eliminated by the market in the next three years? One is the garment enterprises whose business model is transformed too slowly.

According to the changes in the market, the company has not only repositioned its market in a timely manner, transformed its business model, and integrated its supply chain, but has simply reduced its size and streamlined its organization.

Second, it is a garment enterprise that has transformed its business model too quickly.

According to the changes in the market, the new characteristics of the company's own market positioning, new model adjustments, new supply chain integration, but the speed is too fast, the pace is too large, the operating capacity and level can not keep up with the apparel business.

Third, it is a clothing company with a broken supply chain.

Due to the long-term coordination of the strategic supply chain production system and the supplier system, due to the decline in profitability, they are shut down and transferred, which affects the normal business development of garment enterprises.

Fourth, it is a small-scale, low-end clothing market service companies.

In the market competition, small-scale, low-end service market demand, due to low risk resistance and weak competitiveness, these companies will face the risk of being eliminated by the market in the future development.

With the increase of domestic consumers' awareness of high-end brands, there is a new concept of debranding for high-priced brands. At the same time, high-end consumer groups will face enormous market pressure due to income impact.

Next: What kind of wedding diamond ring should the new person choose?